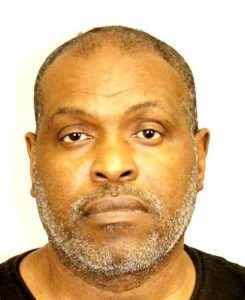 56-year-old Vincent Jean, a New Jersey resident, was arrested for an alleged first-degree attempted murder and aggravated assault, among other charges.

Police and prosecutors allege that the woman began taking pictures of the incident and Vincent’s car as he tried to flee the scene. Knowing that the woman had photo evidence of the crash, Vincent became infuriated with the woman and began following her in his car.

Mr. Jean allegedly drove over the woman, reversed, thus going over her a second time. While trying to escape, Vincent then hit her a third time!

Home surveillance video showed the moment Jean chased the woman and plowed into her.

“He ran over her. Ran over her again, three times,” Isaac, a witness who did not want to provide his last name, told News 4 New York. It was his home camera that caught the harrowing incident around 8:30 a.m. Tuesday. “How could you do a thing like this? It was a fender bender, that’s all.”

Seconds after the first hit, a school bus showed up and blocked the driver, according to the witness. It was at this point that the driver turned around and allegedly plowed into the victim again. Prosecutors said that Jean then sped away as he left the woman injured on the floor.

Neighbors called 911 as Isaac and his wife ran over to help the woman.

“As my wife put a blanket on her to keep her warm — it was raining and the grass was wet — she told my wife, ‘thank you,’” Isaac said.

A few hours later, police said they found Jean sitting in his damaged SUV a few miles from the scene.

The 23-year-old woman was taken to the hospital in critical condition.

Jean made an initial court appearance and was being held in the county jail pending a pretrial detention hearing next Tuesday. He didn’t have an attorney listed, according to the prosecutor’s office.

The 23-year-old victim was initially listed as in critical condition, but later she was listed in fair condition.

One helpful neighbor who witnessed the incident said, “He was deraigned. I think he lost it. I think he went crazy.”

Once again, the need for the public to understand how to deal with confrontational situations is highlighted.

The Management Training Specialists give some food for thought.

This story syndicated with permission from For the Love of News

Well, isn’t this just about exactly what you’d expect from young men who only emerge from their parents’ …
Read More

Former head of the Department of Housing and Urban Development under former President Donald Trump and famous neurosurgeon, …
Read More